WIN FOUR A's tickets to a game of your choice.....TEXT
Chico State's Kym Crosby competes today in Paralympics.........
Giants lose Alex Wood to COVID and Cueto to DL.....
A's hit road with momentum as they try and chase down wildcard......
TEXT the keyword
Follow us on social media......@kpaysports on Facebook, Twitter and Instagram

Posted About Three Weeks Ago by baca

The Chico State men's golf team sitting in third place entering the final round of the Sonoma State Invitational at the Valley of the Moon Golf Club in Santa Rosa.
The Wildcats shot two rounds of 288 and are 16-over par as a team only
one shot back of Cal State Monterey Bay and Cal State San Marcos.
Christopher Colla is tied for 8th at -1 for the tournment.
Wildcats play their final round today....

The Chico State women are sitting in 6th place 13 shots off the lead as they
get ready for today's final round of the Sea Lion Invitational in San Diego.
One of the great stories for Chico State is true freshman Trinity
Hernandez who shot a 74....two over par and is only one shot off the lead
tied with four others going into today's final round.
Acadaemy of Art sits atop of the leader board with a two stroke lead.

It was a dominant performance by the Chico State women's soccer team
as they trounce Holy Names 10-1 at University Soccer Stadium
yesterday afternoon. The Cats outshot Holy Names by an amazing 36-2
margin. Amanda Nunes and Emily Billena each scored two goals as eight
different Wildcats scored goals. Chico moves to 3-1 on the season and
will play at Dominican University in San Rafael on Thursday.

The CCAA has announced that Chico State freshman Cross Country
runner Brayden McLaughlin is the CCAA Runner of the Week.
McLaughlin helped lead the Wildcats to an easy win over the field
in the Chico State's first meet of the year in San Francisco this past
weekend. McLaughlin covered the eight-kilometer course through Speedway
Meadows in Golden Gate Park in 24:37.9, finishing behind only Simon Fraser's
Aaron Ahl while leading a dominant winning effort by Chico State. 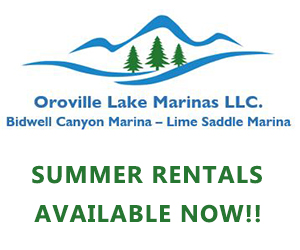