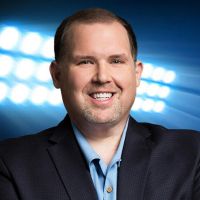 Nicknamed "Big Ben," Maller joined FOX Sports Radio a month after the network’s debut in 2000, and served as an update anchor and weekend talk show host for the network until the launch of his overnight show in 2014.

Prior to FOX Sports Radio, Maller worked at KXTA "XTRA Sports 1150" in Los Angeles, Calif., where he hosted the popular midday program Ben & Dave Show, in addition to anchoring the post-game "Dodger Talk" with former longtime voice of the Dodgers, Ross Porter.

Aside from his radio and television assignments, Maller enjoyed a successful career as a provocative sports blogger, launching sports news and gossip website BenMaller.com before writing nationally for FoxSports.com and Yahoo Sports (Postgame.com).

Outside of work, Maller has inspired many with his ongoing, successful battle against obesity, losing more than 200 pounds naturally by changing his diet and fitness routine. | KPAY Sports 1290-AM, 11:00pm-3:00am PT