NCAA pulls plug on Fall Championships.....Chico State Cross Country, men's and women's soccer, men's and women's golf and volleyball affected........
A's rally from 7-2 deficit in 9th to stun Giants at Oracle.......
State says no youth or high school sports competition in foreseeable future as COVID-19 takes out entire seasons.......
The bubble is working for the NBA with no positive tests......
Follow us on social media......@kpaysports on Facebook, Twitter and Instagram 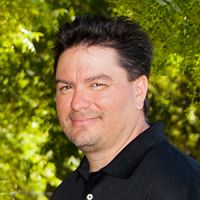 Mike is in his 24th year as the Sports Director for the Deer Creek Family of stations. He currently serves as the Program Director for Kpay Sports 1290 (KPAY-AM). He is a 1994 graduate of California State University, Chico with a degree in Communication and emphasis in Media Arts.

Mike is calling his 23rd year of Chico State Basketball and Baseball. During that time he has called more than 3,000 Chico State games on the radio. Mike was behind the mic as the Wildcats won National Championships in baseball in 1997 and 1999. He also got to see the Chico State Women's Basketball team make a trip to the Final Four in 2006. During his time at KPAY, Mike has served as the lead news reporter and anchor and can serve in a variety of roles ranging from news anchor, news reporter, field reporter, and editor.

Mike began his radio career at KPAY while he was a student at Chico State. Upon graduation he got his first radio job as News Director at KUKI in Ukiah. He left for Phoenix, Arizona and worked at an all-sports radio station KGME radio serving as the Producer for the Golic & Liotta Show. He was also a beat reporter for the Phoenix Suns. He couldn't resist the allure of Chico and returned to KPAY in January of 1997.

When he is not behind the microphone, he enjoys being a dad to his son, Alexander a partner to his better half, Alyssa and a dog-dad to Riley. MIke enjoys reading, playing poker, believes in LOA, loves the Dodgers, Warriors & Browns. He loves going to Vegas and has a soft spot for Italy.