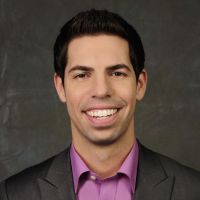 Damon Amendolara (D.A.) is a daily host for CBS Sports Radio Network. He anchors "The D.A. Show," and "Sunday Morning Football," heard nationally on nearly 200 affiliates. D.A. has been a commentator on the NFL Films' popular "Top 10" series since 2008, running regularly on NFL Network. He appears on MLB Network, SNY television and CBS Sports Network.

He is an acting member on the board for Boston’s Room to Dream charity, which transforms the living environments of chronically-ill children. He spearheaded the “Team D.A.” charity, having raised money for causes like the Boys and Girls Clubs, the Bridge Home, the KCMO Little League and Big Brothers/Big Sisters. Team D.A. has also organized soccer camps coached by professional players of Miami FC for underprivileged youth in South Florida.


The D.A. Show began at Sportsradio 770 ESPN ('2002-2003) in Ft Myers-Naples, FL from 4-6 p.m. He was a play-by-play voice of the Ft. Myers Miracle, minor league affiliate of the Minnesota Twins. He handled pregame and postgame for the Florida Firecats of the AFL2, and sideline for the budding FGCU basketball program.

He hosted the pregame and postame for the Rochester (NY) Rhinos Radio Network (USL soccer), guest hosted at WYSL 1040 ('00-'01) in Rochester, NY and handled play-by-play for the Wake Forest Radio Network on the 2002 Preseason NIT Title Game.

D.A. graduated from Syracuse University in 2001, where he was Sports Director at WAER Radio, following in the Orange footsteps of Marv Albert, Mike Tirico and Bob Costas. He covered the Big East, while broadcasting SU football, basketball and lacrosse and received the 2000 Syracuse Press Club Award for “Best Sports Radio Story.”